Although bankruptcy generally has a negative connotation, if used properly, it can be a powerful tool to: 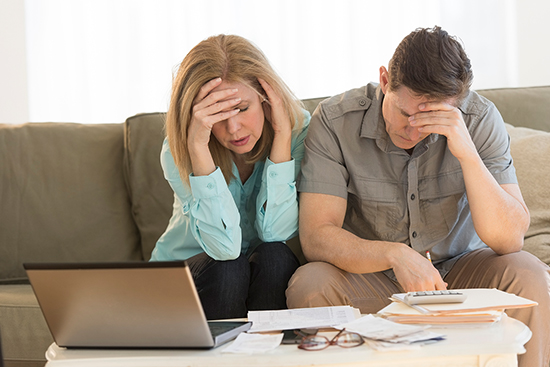 The Law Office of Mo Mokarram advises people about different chapters in bankruptcy as possible solutions to an individual’s financial problems. Generally, the two most common bankruptcies are Chapter 7 and Chapter 13. If bankruptcy isn’t right for you, we’ll suggest other alternatives for bringing your financial problems under control.

Chapter 7 Bankruptcy
Chapter 7 is referred to as “liquidation” bankruptcy and allows you to discharge most of your unsecured debts while most people keep all of their property, including debtor’s home and cars. It is a court order releasing you from all dischargeable debts. Dischargeable debts generally include credit cards, loans, signature loans, medical bills, some taxes, telephone bills, repossessions, utility bills, old tax debts and other collection accounts. It generally takes around four months to complete, wiping out most of your debt and allowing the debtor to make a “fresh start” in life.

Chapter 13 Bankruptcy
Chapter 13 is part of the Bankruptcy code under which you may repay all or a portion of your debts under the supervision and protection of the bankruptcy court. In a Chapter 13 case, you must give to the court a plan for the repayment of all or part of your debts. The plan requires court approval and protects you from your creditors while you are making the plan payments. You must make monthly payments to the Chapter 13 trustee who will disburse the money to your creditors according to your plan. Upon completion of the plan, you are discharged of most debts even if they have not been paid in full.

Another advantage of a chapter 13 is a lien strip, which eliminates second and third mortgages completely, including the debt and is a huge benefit for debtors that owe more on their home than the home is worth.